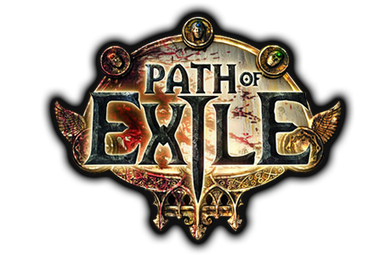 Every once in a while you encounter an interesting conversation about game mechanics that keeps lingering in your mind for quite some time. This article is about one of those occurrences. It’s been a few months since I randomly talked with Sharpedge about random stats on gear. I have to admit that I forgot how we got there or if there even was a shared sentiment at the end. It probably started because he likes to play Path of Exile, and Action RPGs do feature a completely different progression system in terms of gear.

Dating back to the original Diablo, ARPGs always had those random stats on gear. All items, even the rare and legendary ones, came with a certain range of stats or values. And chance decided how close to “bis” the item really was. In many cases players farmed the same item over and over again to get the perfect and maxed stat combination. MMOs in the meantime developed into a different direction. Chance would not determine the quality of an item, but more whether or not you would get it. It’s simply a different approach of how randomness and itemization is handled, but I think it’s worth looking into the benefits of the other world.

What initially got me in terms of random stats and a corresponding loot system was the fact that it fixes on of the major complaints in Neverwinter. Players seem to want constant loot and no empty runs. I get that major drops are part of the motivational system in any game. It creates a feeling of having accomplished something and players want to experience it again. Neverwinter has that, but the issue is that the gear system is missing the sense of everyday progression, which is equally important. You can run a dungeon a 100 times and not get what you want. More importantly there is no certainty when you will get it, maybe never. This can lead to a situation where your gaming session feels meaningless.

Now with random stats, a piece of equipment would drop every time. One run, one drop. The difference would be that you can’t be sure that you get a maxed item. So while you might get a piece of Relic gear, it could be of an inferior item level. Or with Armor Penetration and Recovery as offensive stats, which you might or might not need. In my opinion this would create a feeling of everyday progression, because you are guaranteed to get something. And it still keeps the big drop excitement alive, when you get the perfect and maxed stat combination.

Of course this is widely hypothetical. It’s unlikely to happen, because it would require systematic changes in so many areas. But I think it’s an interesting topic to talk about especially in an environment like Neverwinter where drops sometimes are hard to come by and literally everything is gated behind more or less absurd RNG.

One interesting aspect of this whole thing is the fact that the devs actually kind of experimented with it since Module 7: Underdark. The tiered Rings back then, and now the new Companion Gear, actually come pretty close. They have hardcoded ranks however and it’s not a true random system, where you can get stat A and B with values X and Y and a random combination of 0 to 2 slots. But it shows the devs might be willing to dive into a loot system that hands out one item per run and requires the players to grind for a maxed version.

What’s your take on the matter? Do you like the current MMO-ish loot system or would you rather switch to a randomized ARPG one? Share your thoughts in the comments below or visit the corresponding thread on our message board.

Neverwinter UN:Blogged is always looking for writers to contribute to the blog. If you are an active player and search for a way to spread your opinions, analysis, diaries or reviews to more than 40,000 regular visitors, then don’t hesitate and get in touch with us on our contact page or message board! We are currently especially looking for console and PVP content, but that’s not exclusive. There is no frequency requirement, you post how often you want.

j0Shi plays the Neverwinter MMORPG since the open BETA in 2013 and is a regular contributor to the blog and the whole UN:Project. Originally a Guardian Fighter, he has built up ALTs of all classes and plays on BIS/near-BIS level.

3 thoughts on “Do Random Stats on Gear Make Sense for Neverwinter?”

This site uses Akismet to reduce spam. Learn how your comment data is processed.